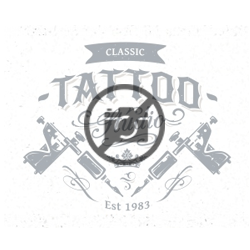 I went to Dandyland on the recommendation of a trusted friend, and was sorry I did. Maybe if I had gotten another artist... WHo knows? So, I sent "Cheese" my peacock pattern, and told him I wanted a realistic looking tattoo, with loads of color. He said he specialized in realistic, though he had a drawing for me that looked cartoonish. It was pretty, though nothing like my design, and he talked me into it. My fault, my responsibility entirely. I should have been more insistent, but I do believe in giving an artist some artistic liberty. He assured me it would look more realistic than the drawing. Three hours later, I had a partial outline of a stylized (not realistic in the least) peacock. While it was certainly pretty, it was nothing like what I had sent him. Now, the more I look at it, the more I hate it. It almost looks more like a phoenix than a peacock, and it looks as though it is folded in half, as opposed to flowing with the contours of my body. The neck is too long, and the face looks like some flash I've seen. I'm very sorry that I let Cheese talk me into something other than what I sent him, though I have someone else willing to try to fix this mess. The moral of the story, DO NOT LET SOMEONE TALK YOU INTO SOMETHING THAT HE WANTS. Yes, ultimately my fault and my own responsibility, because I let him talk me into it. 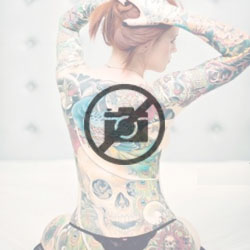